V-belt Replacement: Should You Go for Synchronous or Cogged Drives?

Approximately 1/3 of electric motors in commercial and industrial settings use belt drives. Belt drives provide users with flexibility in the motor to load positioning. Sheaves of different diameters make it easy to vary the speed of driven equipment for customized output.

A properly designed and installed belt transmission system helps to optimize efficiency, reduces noise and cuts maintenance related costs. However, some types of belts are better than others for offering great opportunity to cut energy-related costs.

A closer look at V-Belts

Majority of the belt in use today are the V-belts. These belts utilize a trapezoidal cross-section to deliver a unique wedge action on the system pulley. The effect is increased friction to help raise a belt's power transfer capability. 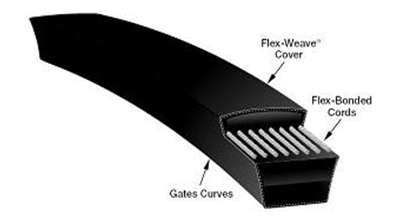 When the time for replacement finally comes, you might want to replace the belts with a different and more effective option. The top two options are Cogged and Synchronous belts. Therefore, which is better between the two?

The cogged belts are designed with slots that run perpendicular with the belt’s length. The purpose of the slots is reducing the resistance of the belt to raise the overall efficiency.

The good thing with cogged belts is that they can utilize the same pulleys used with V-belts. This implies that you can raise the efficiency of the system without redesigning it. 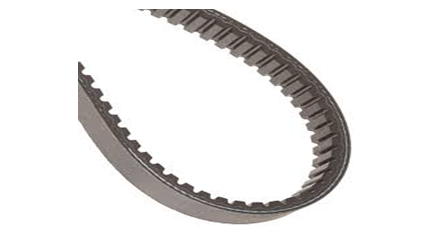 Engineers prefer the cogged belts because they run cooler and can last longer than the v-belts. The overall efficiency of cogged belts is 2% higher than V-belts.

These belts are also referred to as high-torque, positive-drive, or timing belts. The belts are toothed and require the installation of matching toothed-drive sprockets. They are mainly used in industrial settings because they offer high efficiency of up to 98%.

When compared to V-belts that record a sharp efficiency reduction within a short time because of slippage, synchronous belts guarantee high efficiency over a longer period. 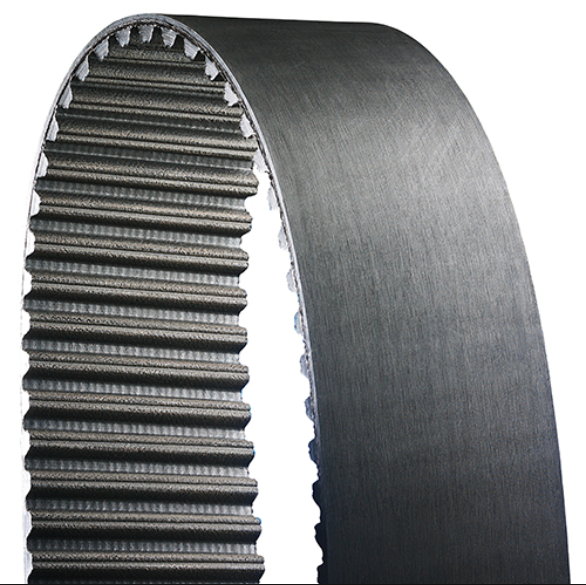 The synchronous belts require less maintenance and retensioning. They also work effectively even in oily and wet environments without slipping.

The main disadvantage of using synchronous belts is that they are noisy. They also transfer vibrations and are less suitable for shock loads.

If you need to change the V-belts, the decision to go with cogged or synchronous depends on your preference. If you do not want to make modifications on your system, go for the cogged model. However, it is the synchronous system that guarantees the highest efficiency in the system in your facility.