Belt drive refers to friction gears with flexible connection used to transfer motion between shafts that are at a considerable distance from one another. It consists of two pulleys (master& slave) and an endless belt covering them.

Transfers are possible with several driven pulleys. On the contact surface of the driving pulley with the belt, tension forces and friction help to set the belt in motion transmitting power to the driven pulley. 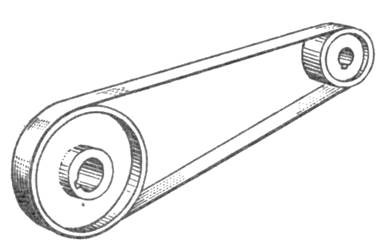 Belt drives and their classification

It is also important to note that the belts can be installed in different ways as demonstrated below. The preferred model will depend on your device and anticipated torque transfer.

3) Half crossover (with crossed shafts)

4) Angular gear (with a guide roller)

The commonest in mechanical engineering are V-belts. These are widely used for small axle spacing, vertical axes of pulleys and transmitting torque using several pulleys. Note that if you want to use parallel operating V-belts, it is difficult to achieve their uniform loading due to the inevitable difference in their lengths. In this regard, it is better to consider a maximum of 4 belts for greater efficiency.

To achieve constant gear ratio and better traction, it might be necessary to install timing belts.

Flat-time transmissions are considered the simplest to use because they have minimal bending stress.

Flat belts have a rectangular cross-section and are recommended for machines that must be resistant to vibrations. Flat belt transmissions are rarely used because of lower traction ability.  Theoretically, the traction ability of the V-belt with the same tension force is 3 times more than that of a flat belt. However, the relative strength of the V-belt compared to the flat types is slightly less.

In practice, the traction ability of the V-belt is approximately two times higher than that of the flat one. This evidence in favor of V-belts is the basis of their extensive adoption in diverse industries. V-belts can transmit rotation motion to several shafts at the same time without requiring a tension roller.

Round belt drives are rarely used in heavy duty industrial devices. Rather, they are preferred for low-power devices in instrument making and domestic appliances. 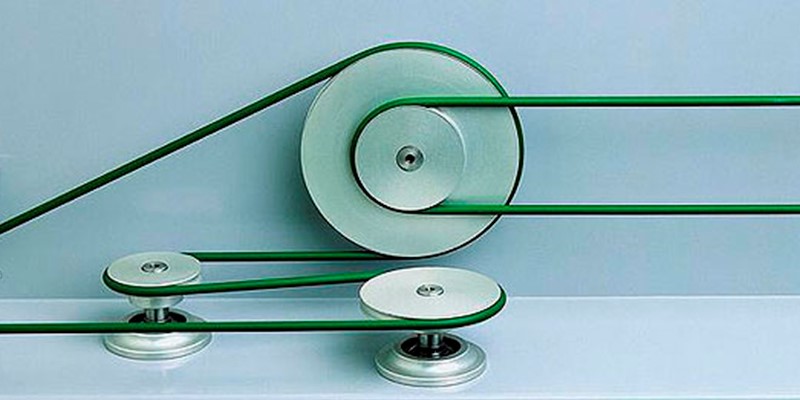 Advantages and disadvantages of belt drives

When you are using belts in power devices, it is prudent to facilitate smooth interaction of transmission elements. This helps to generate the required friction and reduce the risk of slipping. Here are the main disadvantages of belt drives:

Advantages and disadvantages of V-belt transmissions 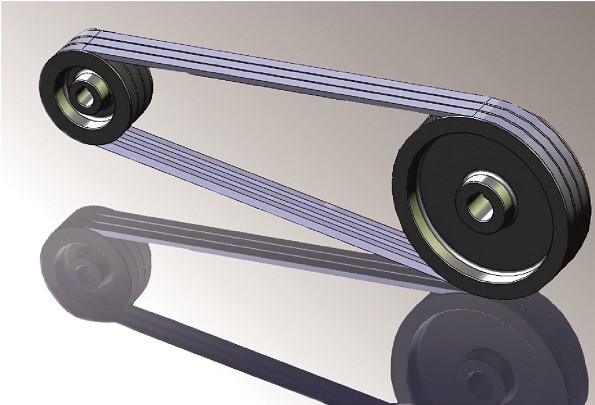 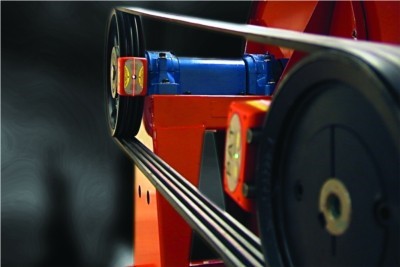 Timing belts (toothed belts) are designed with transverse teeth on the inner surface, which engage with the teeth on the pulleys. The belts work on the principle of gearing with a pulley to eliminate slip and the need for large pre-tension. The influence of the wrap angle on the traction ability is also lowered to reduce the dimensions of the gear and realize large gear ratios. 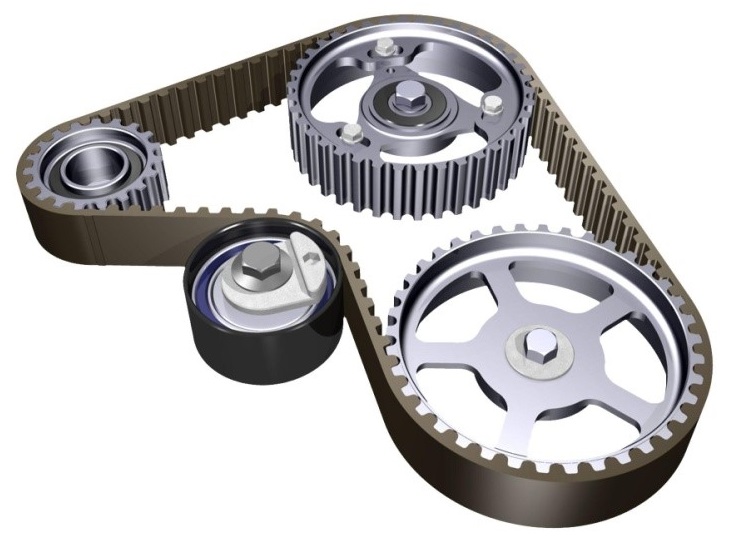 Transmission with a toothed belt is used both in high-loaded gears (for example, in press-forging equipment) and in gears with precise movements (due to constant gear ratio). Good examples include computer drives, printers and robotics.

The power transmitted by a timing belt can reach 200 kW while the seed can hit 60 m/s with transmission efficiency  of between 94-98%.

Often, individual machines use different types of drive belts. Take the example of a car. A car uses timing belts to synchronize the movement of camshaft and crankshaft. Other units such as the cooling pump, generator, and air conditioner use V-belts and multi-ribbed belts.

In conclusion, it is important to appreciate that belt drives have evolved rather fast as designers focus on enhancing efficiency and lifespan. To be sure of picking the best drive, consider following recommendation of the respective device’s manufacturer and your technician. You might also need to factor the cost.