20 Cleaning Industry Stats and Trends for 2020

Cleaning industry stats and trends for 2020

North America is the largest market for cleaning services in the world. In this field, people work as our kids' janitor, office and commercial clean-up crews, and home cleaners.

The cleaning industry plays a key role in keeping our environments organized, sanitary, and safe. But it’s also a profitable industry for those who aren’t afraid to get their hands dirty.

If you’re thinking about starting a cleaning business, there are a lot of opportunities for growth. But there are also a few facts, figures, and trends you should know first. Below we’ve outlined some of the most important information about the cleaning services industry for 2021.

In recent years, the cleaning industry has seen incredible growth. But just as with other industries, the recession and COVID-19 pandemic had a powerful impact on cleaning jobs. The unemployment rate and the global pandemic, especially in 2020 and first half of 2021, meant that fewer individuals could afford maids or housekeepers, and fewer workplaces could afford janitors and cleaners. However, we are now experiencing an upswing with more jobs than during COVID-19 pandemic.

This momentum is expected to continue, according to experts. The Bureau of Labor Statistics reports that cleaning services will see a 10% growth in jobs through 2026. That’s well above the national average for all industries.

Commercial cleaning makes up the majority of the market with more than 2.3 billion jobs every year. Commercial and industrial cleaning services maintain the upkeep of workplaces and buildings. The majority of employees in this field are male and have the title of ‘janitor’ or ‘cleaner.’ The top employers are:

Residential cleaning makes up a smaller portion of the overall cleaning services industry. These workers are responsible for keeping private homes orderly and clean. By May 2018, there were about 924,290 jobs in residential cleaning with the tiles ‘maid’ or ‘housekeeper.’ The majority of workers in this field are female.

20 Cleaning Industry Stats and Trends for 2021

According to the Bureau of Labor Statistics, the average job growth across all industries is currently 7%. By contrast, the cleaning industry stats reveal a job growth of 10%. That’s 3% more than the national average.

The latest edition of the BLS’s Occupational Outlook Handbook reports that there were 2.3 billion janitorial and building cleaning jobs in the US in 2016.

Faster-than-average growth means new jobs! By 2023, the BLS estimates that about 236,500 more janitorial jobs will be created.

According to the BLS’s Occupational Employment Statistics, over 2.15 million people worked as janitors and cleaners by May 2018. By contrast, only 924,290 people worked as maids/housekeepers.

While this does not include self-employed individuals, it still shows that over twice as many people work as janitors/cleaners than maids/housekeepers.

According to a Statista report, in 2019, 24.15% of facility managers surveyed reported that they currently outsourced cleaning services. This is a big jump from 2018 when only 15.35% reported outsourcing. Similarly, the number of facility managers that reported ‘outsourcing is not an option’ decreased from 2018 to 2019. The numbers are expected to have dropped further in 2020 because of COVID-19 pandemic. This is indicative of a trend toward more outsourcing in the future. However, currently, the majority of janitorial and cleaning services are performed in-house.

Commercial Floor Cleaning is a very in-demand industry. Across the global market, we’ve seen an increased demand for commercial floor cleaning services for schools, hospitals, and buildings. Vacuum cleaning services are expected to grow the fastest.

Allied Market Research compared the growth of global commercial cleaning services by type. Their study shows that floor care services were the most lucrative, followed by window cleaning, vacuuming, and other services.

Currently, North America has the largest market for cleaning services, However, from 2016-2022, the Asia-Pacific market is expected to have the fastest growth according to Allied Market Research.

The recession had a negative impact on the cleaning industry due to increased unemployment. In 2008, revenues fell 5.3%. In 2009, they fell another 6.1%. In recent years, however, the industry has seen an upswing, bouncing back with a $51 billion revenue in 2015. The revenue is expected to continue on an uptrend through 2026.

According to the BLS’s latest OEW report, California is the #1 employer of maids and housekeepers in the US. The states with the highest employment level in May 2018 were:

Similar to residential cleaners, California is also the top employer of commercial cleaners. The states with the highest employment level according to the May 2018  statistics were:

According to a Statista report of the industry’s revenue from 2011-2023, estimates of the current and anticipated revenue from janitorial services is nearly $50 billion.

The same Statista report shows that by 2023, industry revenue from janitorial services will equal an estimated $49.5 billion. That’s about a $2 billion increase in revenue.

The top employers of janitors and building cleaners are buildings and dwellings. According to the BLS, they accounted for about 36% of commercial cleaning jobs in 2016.

After buildings and dwellings, the second most common employer of janitors and cleaners are schools. This includes state, local, and private elementary and secondary schools. They accounted for about 13% of janitorial jobs in 2016.

When looking at the demographics, there were more male janitors and cleaners than there were female. In 2017, about 68.8% of building cleaners and janitors were male versus 33.2% female.

According to market research, the main reason why commercial cleaning businesses lose customers is because of inadequate services. This is why business owners must hire skilled employees and offer proper on-the-job training. This will help retain a client base and improve annual revenue.

With an above-average growth rate in the industry, it makes sense that there is an increased demand for janitorial equipment. According to market research cited by the ISSA, this demand is projected to increase 15% annually through 2023. This is something we have already noticed at MRO Supply, as a proud carrier of some of the top janitorial supplies on the market.

How to start a cleaning business

Now that you know some of the key cleaning industry stats, you may be wondering how to start a business that can profit in this lucrative industry. There are so many different specialties for cleaning businesses. And while there is a lot of growth, there is also a lot of competition.

Below we’ve listed our top three steps for starting your own cleaning business.

Step1: Choose a Niche
The first step in starting a cleaning business is choosing a niche. As mentioned, there are a lot of different types of cleaning specialties. It can range from commercial floor cleaning to HVAC cleaning, maid services, window cleaning, and more. You will need to determine what services your business will offer. Being able to provide a few different specialties will make your business stand out, but your employees must be properly trained.

As mentioned above, the main reason why 55% of businesses lose customers is due to dissatisfaction with services rendered. Hiring skilled labor and offering on-the-job training will help ensure your clients are satisfied with the work performed.

Step 2: Pick a Supplier
Next, you will need to make sure you have access to quality commercial cleaning supplies. Here at MROSupply.com, you can shop from hundreds of vendors to find top-quality equipment that will get the job done. Our industrial cleaning supplies wholesale ensures you are getting reliable products at an affordable rate.

In the cleaning industry, you will go through a lot of mops, brooms, chemicals, and industrial cleaning products. That's why it’s critical to pick a supplier you can trust. At MRO Supply, we’ve been proudly trusted since 1898 for residential and commercial janitorial supplies, and that’s no coincidence. We’ve spent decades working with the top suppliers to make sure our customers are receiving only the best industrial cleaning equipment to get the job done right the first time around.

Step 3: Set Your Location
Lastly, you’ll want to set your parameters. The good news is the cleaning industry is growing nationwide. Across the country, there’s a demand for commercial and residential contracts. When you set your location, make sure you can get to your job site in a timely manner.

There are so many ways to break into the cleaning industry. If you’re looking for some inspiration, here are a few cleaning business ideas that are always in demand.

While commercial cleaning makes up a larger part of the overall cleaning industry, it’s important not to underestimate residential cleaning. Deep house cleaning costs can be very profitable depending on where you live. Housekeepers and maids can supply kitchen cleaning services, carpet cleaning, window cleaning, laundry, and general tidying. One of the benefits of this type of service is that you can develop long-lasting relationships with your clients.

If you’re ready to build a business from the ground up, this may be the perfect match. Commercial Floor Cleaning is one of the most in-demand services. Examples of duties include carpet cleaning, vacuuming, commercial steam cleaning, and everything in between. Our floors are the foundation of our workplaces. Depending on the industry, they can see a lot of foot traffic and spills. There will never be a lack of floors that need to be cleaned—so why not capitalize on them?

Commercial window cleaning is another fast-growing sub-sector of the commercial cleaning industry. Many modern buildings have large windows that require professional cleaning. This can be an adventurous profession for those who work in large cities and may need to scale the side of a skyscraper or climb a large ladder for hard-to-reach windows. Many who work in this industry love the thrill and enjoy being outdoors. 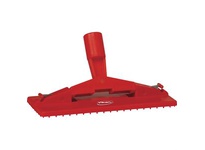 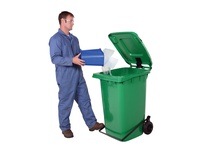 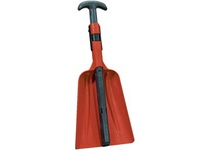 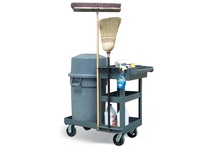 Become a vendor or start your business

Explain the vendor program and why should people order these products from you. This is something that the article won’t provide so it should be added, but we’ll use it in multiple articles.