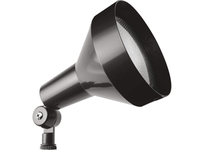 Planned use classifies light as task illumination, or general, emphasis, depending mainly on the distribution of the light created by the fixture.

Job lighting is generally the most focused, for functions like reading or review of contents and is mainly practical. For instance, reading inferior-quality replicas may need job illumination levels up to 1500 lux (150 footcandles), plus some review jobs or surgical procedures demand even higher amounts.
Emphasis light is primarily cosmetic, meant to emphasize plants, images, or alternative aspects of interior design or landscaping.
Inside, this will be a fixture on the ceiling, or a fundamental lamp on a table or flooring.

Downlighting is common, with fixtures on or recessed in the ceiling projecting light down. This is often the most employed approach, used in residences and offices.
Uplighting is common, frequently used to bounce indirect light back down and off the ceiling. It's widely used in lighting applications that need uniform general illuminance levels and minimal glare. While indirect lighting shadow free light effect and can produce a diffused it may be thought of as a lighting fixture principle that is uneconomical.[10][11]
Front light can also be fairly common, but tends to produce the subject appear level as virtually no visible shadows are cast by its. As it will create glare near eye level, lighting in the side is the common. Backlighting around or via an item is principally for emphasis.